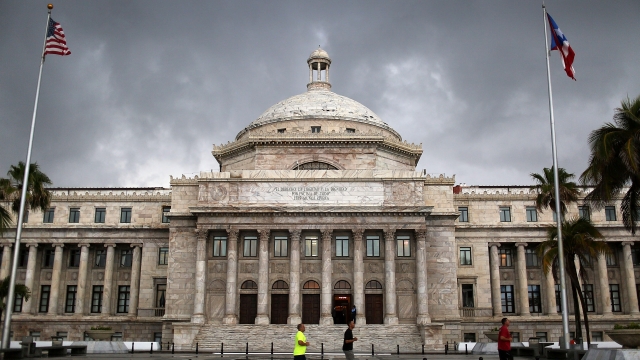 Puerto Rico is $72 billion in debt. Here's how disastrously bad the territory's economy is.

Now, there are definitely states with more debt than Puerto Rico. California's is much higher.

The difference is Puerto Rico's population is roughly the same as San Diego County.

And population size — i.e., the number of taxpayers — matters in a struggling economy. Puerto Ricans are leaving the territory in huge numbers to live in the U.S. proper and pay taxes there. According to Pew, more Puerto Ricans live in states than live on the island today, with 60 percent jumping ship to live in the states and only 40 percent staying in Puerto Rico to face ever higher taxes.

Not one American city or state last year had a sales tax as high as Puerto Rico's (11.5 percent), which is crushing for a population that has had a staggering 45 percent of people already living below the poverty line.

Needless to say, money that goes toward debt can't go to social services, making Puerto Rico an ever more difficult place to live for those already struggling.

Democrats in Congress have said helping Puerto Rico too much would undermine the island's democratic institutions. Republicans have said financial assistance sounds an awful lot like a bailout.

But Puerto Rico has until July 1 to pay back $2 billion, and with the system as is, more debt is likely on the way.