This Is What Major Flooding From The Mississippi River Looks Like 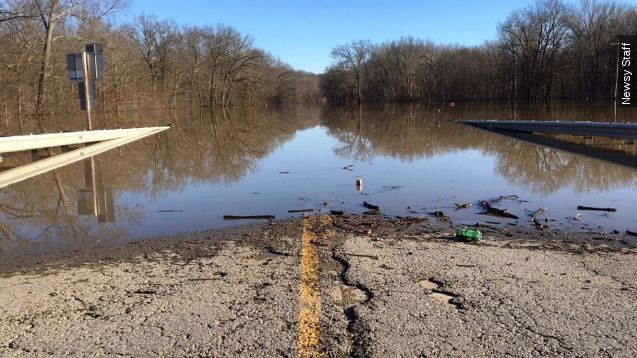 Heavy rainfall has caused the Mississippi River and other rivers to reach record heights, flooding towns like Chester, Illinois.

This footage is from Chester, Illinois, a small city located south of St. Louis, near the Mississippi River.

It's in one of twelve counties declared disaster areas by Illinois Governor Bruce Rauner because of the flooding.

A weekend of heavy rain brought the Mississippi and other rivers to record levels in some places. At least 11 levees were overrun in the surge, prompting hundreds of evacuations. (Video courtesy of Jason Buskohl)

The floods have been blamed for at least 24 deaths in Illinois and Missouri, and three people in those two states are still missing. (Video courtesy of Jeff Harrell)