Elmer Fudd Is Hunting Someone Other Than Bugs Bunny ... In Gotham City 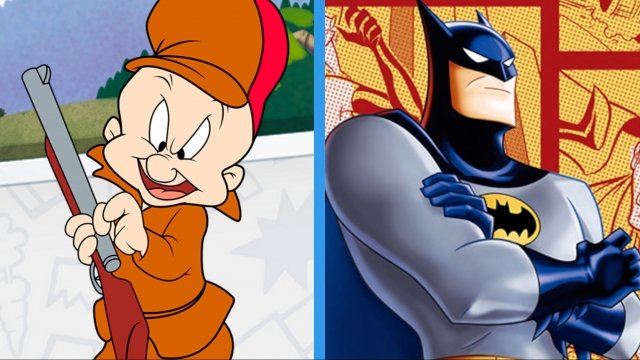 Crossovers are commonplace in the entertainment world — but there are some lines that companies won't cross.

Who would win in a fight: Elmer Fudd or Batman?

A corporate partnership between DC Comics and Warner Bros. has come up with an answer — but we're not going to spoil anything.

Back in June, DC released a Batman/Elmer Fudd crossover comic — it had the Looney Tunes hunter chasing down the Caped Crusader through Gotham City.

Despite the unexpected premise, the comic did well among fans. Critic Ken Tucker said it was one of the "most interesting and enjoyable comic books of the year," and the crossover sold for almost $30 on eBay. Due to the demand, DC Comics will be giving Batman/Elmer Fudd No. 1 a second printing.

Other crossovers between DC and Warner Bros. team up Bugs Bunny with the Legion of Super-Heroes and pit Wonder Woman against the Tasmanian Devil.

Now, crossovers are fairly common in entertainment — and not just in comic books.

They can lead to fairly lucrative deals, such as Disney's partnership with Japanese game developer Square Enix. Their joint "Kingdom Hearts" franchise, which combines characters from Disney movies and "Final Fantasy" games, has sold over 20 million units worldwide.

Despite the diverse crowd of comic book fans, for a long time, the characters themselves haven't reflected the readers. That's slowly changing.

As Disney also owns Pixar, Lucasfilm and Marvel, fans hope to see appearances from each brand in the long-awaited "Kingdom Hearts 3." Square Enix, however, has not confirmed these hopes.

But there are some lines companies aren't willing to cross.

After actress Carrie Fisher's death, fans petitioned Disney to canonize her "Star Wars" character Princess Leia as an official Disney princess. But Disney refused because of an in-house rule: All Disney princesses have to originate as animated characters.