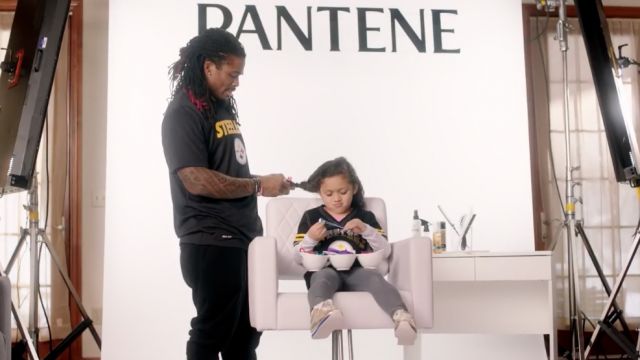 When it comes to Super Bowl TV ads, we think this one will be hard to beat.

Super Bowl 50 is still a few days away, but we already know who's winning the TV ad game.

“Daddy, can you, like, put the bow inside the braid?” little Rhiya asks her dad in one of the commercials.

The ads feature NFL players attempting to complete new hairstyles on their daughters because, according to Pantene, “Girls who spend quality time with their dads grow up to be stronger women.”

Although the execution might not be perfect, it’s all about the effort.

"I'm not nervous, but my hands get a little bit in the way," Dallas Cowboys tight end Jason Witten says in one video.

We're thinking this will be tough to top. But there's a solid chance some other ads on Super Bowl Sunday will tug at our heartstrings, too. In the meantime, we're calling Dad just to say hey.