This Tow Truck Spat Is Evidence Of Growing Political Polarization 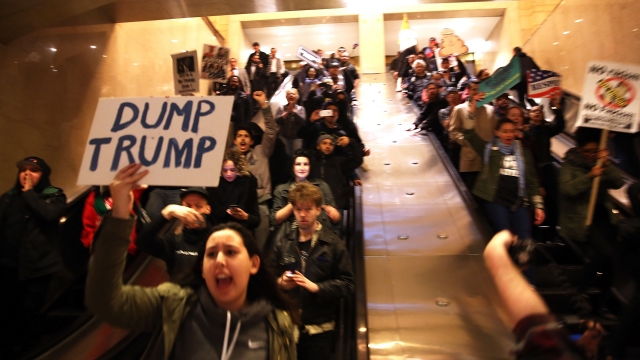 A man in South Carolina refused to tow a woman because she supported Bernie Sanders.

If you thought the 2016 political climate couldn't get any stranger, you're about to be proven completely wrong.

A tow truck driver who also happens to be a Donald Trump supporter says he refused to tow a woman's car because she felt the Bern.

"Something came over me. I think the Lord came to me and said, 'Get the truck and leave,'" driver Ken Shupe told WHNS.

Shupe said he stands by his decision because he's had problems with Bernie Sanders supporters paying their bills in the past.

Now, business spats happen all the time, but the political undertones in this one are worth unpacking.

There's been criticism about the bitter rhetoric throughout this election. The harsh way politicians (especially presidential candidates) speak to and about one another has been seeping into the electorate for a while now.

And some of that can probably be attributed to our extreme political polarization. The political center has all but disappeared; a poll in 2014 found the negative view of the opposite party has "more than doubled since 1994."

And arguably, it's gotten much worse in the past two years.

This video includes images from Getty Images and clips from WLOS, CBS and KSAZ.