Those That Dread Talking On The Phone 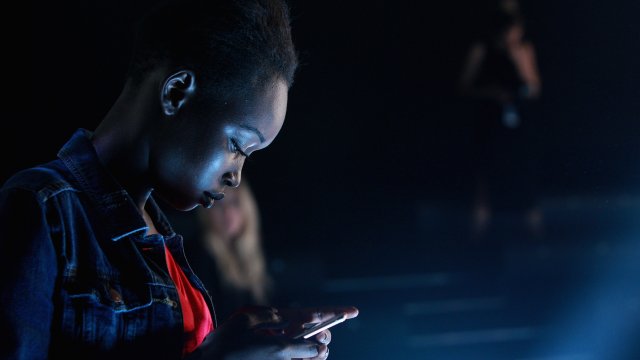 America, land of the free and home of the smartphone — nearly 250 million of them. In 2010, that number was almost five times lower.

We must be calling each other like crazy, gabbing non-stop. Not really. The younger the smartphone user, the less likely there's much calling going on. One study of millennials sums it up this way: "Being in front of a screen since they were born can attribute to people not having the ability to connect effortlessly with others. This particular phenomenon has a name (telephonophobia) and it's essentially defined by a mental anxiety of interacting with others on the phone.”

How common is this? Eighty-one percent of respondents said they feel they have to summon the courage to make a phone call.

It gets more layered than that. The top reason millennials don't like talking on the phone: it’s "too time consuming." So, what's the druthers of the so-called "generation mute?" Texting and email — especially texting. That cuts out the small talk — "It sure is hot today," or, "Enough with the rain" — and allows the people to get right to the point.

There are some downsides. One is the workplace. Employers are realizing they often have to train young people on the basics, like how to answer and talk on the telephone.

Speaking of business, staffs are often multigenerational, and that requires management appreciating multiple communication preferences not always easy for anyone stuck in their ways. Some generational highlights worth noting:

Gen Z (born after 1997): A majority (65%) of Gen Zers prefer to communicate online more often than in person when at home, and growing up with fast internet makes them expect responses quickly. But when at work, research by HR firm Rise shows they prefer face-to-face communication.

Millennials (born between 1981 and 1996): A survey by management consulting firm Korn Ferry found that millennials often avoid face-to-face interactions and prefer to use online messaging or email to communicate with bosses and co-workers.

Generation X (born between 1965 and 1980): A study from systems integration firm NTT Data showed that Gen X prefers email at work and at home.

Baby boomers (born between 1946 and 1964): They show a mixed pattern. Digital messaging company Glip reported the best way to communicate with boomers is through face-to-face conversations. But many also use online communication. A survey presented at the Americas Conference on Information Systems found that 93% of baby boomers use email daily.

What's all of this mean? Sometimes typing is the best way to communicate; sometimes talking is best. The trick is knowing what's going to get the point across and who you're trying to reach.