Thoughts Of Suicide Up During COVID-19 Pandemic 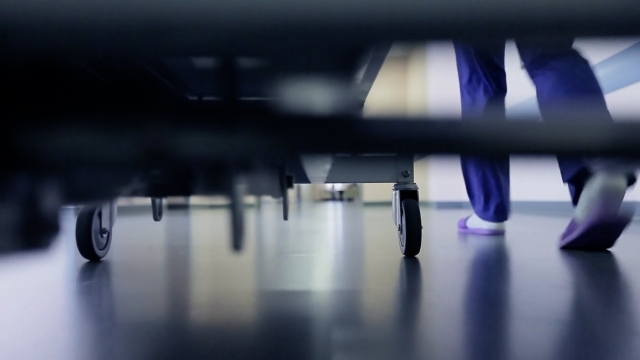 Suicide rates were up before this year, and more people are dealing with mental illness since the pandemic started.

The coronavirus pandemic isn't slowing down. Now, the latest CDC report shows higher numbers of people are in mental crisis and thinking about suicide alongside the pandemic.

"That sense of hopelessness is really showing itself in the communities. And it's really sad to see. It's scary," Dr. Eric French, Adult Medical Director at the Medical Center of Aurora told Newsy.

Adam Friedman lost his grandfather to suicide when he was 13 years old.

"Well over half of all suicide deaths involve a gun. And those numbers skew for particular demographics. You know, if we look at older men, that's getting closer to 75 to 80 percent," Kyleanne Hunter, an advocate with “End Family Fire,” said.

An epidemic that was already growing before the onset of the pandemic. U.S. suicide rates have risen over the last two decades and CDC numbers show as recent as June, 40% of Americans dealt with mental health or substance abuse. 11% said they seriously considered suicide. It was significantly higher among people 18–24 years old (25.5%), Hispanic respondents [18.6%], and Black respondents [15.1%]), unpaid caregivers, (30.7%), and essential workers (21.7%).

"It's been alarmingly active seeing the number of suicide attempt cases that are coming through and then reading the numbers of suicide increase across the country. It's...it's very frightening," Dr.  French said.

"I think one of the biggest concerns that I have is people still not being connected to the level of help that they need," he said.

French encourages seeking help with a mental health professional, in person wearing a mask or through telehealth if someone is feeling in crisis.

Meanwhile advocates like Adam Friedman say it can be as simple as checking in with each other.

"It is not normal that tens of thousands of Americans every year die by gun suicide. And I don't think it's OK," he said.