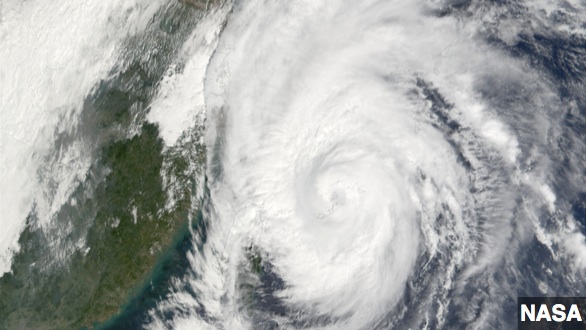 Super typhoon 'Haiyan' is barreling down on the Philippines. It's the biggest storm of the year and thousands are fleeing.

The most powerful storm of the season is about to slam the Philippines.

Thousands are fleeing as super typhoon Haiyan, or Yolanda as its also being called, spins toward the country's East coast.

It's a massive storm: 600 kilometers in diameter with windspeeds of up to 175 miles per hour.

"This is the top end of the typhoon scale. A category five ... A very significant beast this one and it will bring some very signicant impacts."

The forecast calls for more than a foot of rain and damage to trees and buildings.

The projected path of the typhoon is just south of Manila -- people are fleeing, but millions stand in the way.

"About 4.5 million people by our best estimates in its path. Hopefully the word gets out and some folks get out of harm's way."

The Phillipine government has asked those that can to evacuate and said agencies are on high alert and will respond swiftly. The government said it's aiming for a zero casualty event.