Thousands Rally Both For And Against Iranian Government 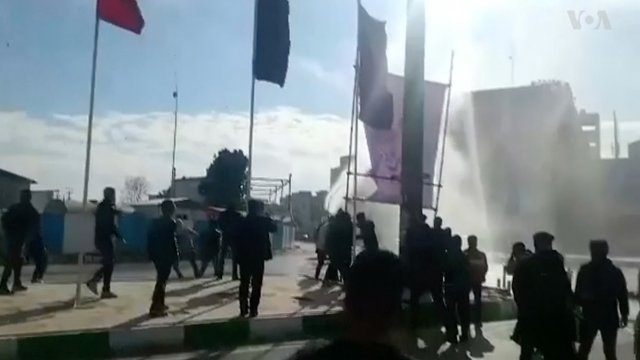 Thousands of demonstrators were on the streets of Iran on Saturday, protesting both for and against their government.

The pro-government rally is an annual event marking the end of the 2009 protests that followed a contested presidential election.

But this year's anniversary celebration comes alongside the third day of anti-government protests in the country. Many of those opposing the government are upset over corruption and rising gas and food prices.

U.S. Ambassador to the United Nations Nikki Haley claims recovered parts of a missile are tied to Iran.

Iran's interior ministry called the protests "illegal gatherings," noting all groups wanting to gather must file an official request and get permission in advance.

President Donald Trump tweeted his support for the anti-government protesters Friday evening. He said Iran should respect the people's rights and warned, "The world is watching!"