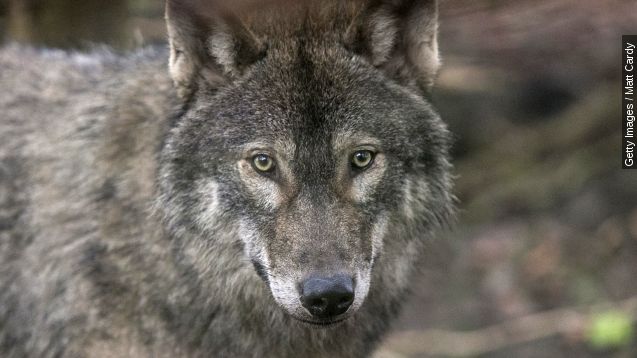 Norway's government wants to kill half of its wolf population, and plenty of hunters are offering to do the job.

Norway's wolves are in trouble. But that's actually how the government wants it. Officials have ordered a cull of wolves to take out half of the country's remaining population. (Video via BBC)

And that population is pretty tiny to begin with. Less than 30 wolves are thought to live within the country's borders.

But that hasn't stopped hunters from registering to take them out. This year, 11,571 people signed up for the chance to kill 16 of the wolves.

To put those numbers in context, Norway has a population of about 5.2 million people, and nearly half a million people are listed on the Norwegian Register of Hunters.

This isn't the first time Norway has gone on a wolf-killing spree. The government ordered a cull of wolves back in 2000 and in 2005. During the most recent cull, hunters were asked to take out five of the remaining estimated 18 to 25 gray wolves living in the country. (Video via PBS)

So what's up with the wolf killing? Well, it's done, in part, to protect livestock. According to the BBC, sheep make up 90 percent of Norway's farming territories.

And Norway isn't the only country to mandate culls like this. France ordered a cull of the animals after more than 8,000 sheep were killed by wolves this year. Sweden also gave the go-ahead to take out a small number of wolves that were hunting too close to populated areas.

But if you jump across the pond, wolf hunting looks drastically different. There are about 5,500 gray wolves living in the lower 48 states. The animals have been listed under the Endangered Species Act since 1974. However, in recent years, the wolves have been delisted in certain regions. (Video via Discovery)

In many cases, the government has shifted the protection, or lack thereof, to the states. As a result, a wildlife protection website estimates 3,600 wolves have been hunted and killed in the last four years. (Video via National Geographic)