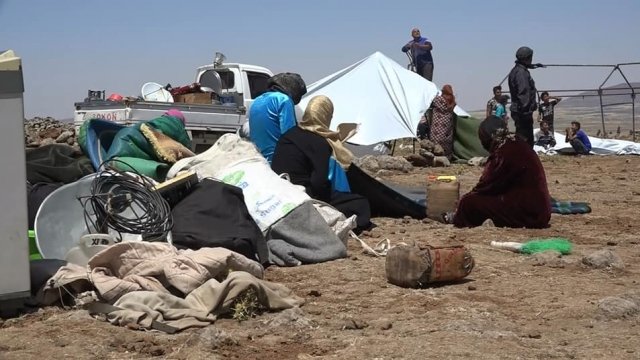 Both Jordan and Israel, which border southwest Syria, have said they won't accept any asylum seekers.

Bombings in Syria have forced tens of thousands to flee as the Syrian government attempts to take back another large swath of territory held by rebels and Islamist groups.

The United Nations estimates at least 50,000 Syrians have been displaced since Syrian President Bashar al-Assad, backed by Russian allies, started a new campaign in the southwest region of Daraa. The Syrian Observatory for Human Rights puts that number higher, at 120,000.

But it's unclear where those displaced will go. Both Jordan and Israel, which border southwest Syria, have said they won't accept any asylum seekers.

Jordan has accepted more than 600,000 Syrians since the start of the civil war seven years ago. Israel hasn't taken in Syrian refugees, but it has supplied humanitarian aid to displaced Syrians.