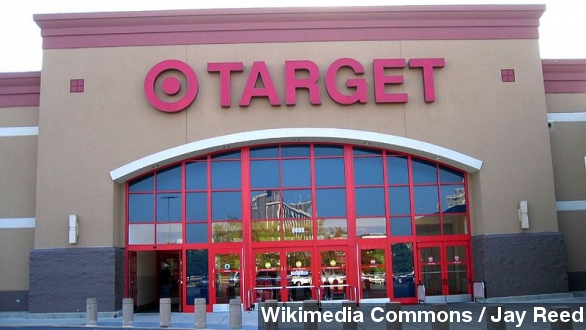 The issue could affect as many as 40,000 gift cards sold over the holiday period and piles more pressure on the embattled retailer.

Target is having a really, really bad end to 2013.

Thousands of gift cards sold over the past few weeks were activated improperly and either show the wrong balance or no balance at all. (Via CNN)

"A source says cashiers scanned the wrong code on the cards and that the mistake could affect up to 40,000 gift cards across the country." (Via KMSP)

This, of course, comes after the Minnesota-based retailer announced a huge data breach could have compromised the security of some 40 million debit and credit card users. (Via WFTS)

Now, this issue is separate, but it's certainly piling on the problems.

A company spokesperson advised customers to call the number on the back of the gift card for help. As of Tuesday morning, however, calls to that number were met by a recording saying, "We're sorry, but we are extremely busy" and it could take longer than usual for calls to be answered. (Via Wikimedia Commons / Jay Reed)

KMSP reports Target has added capacity to its call center to handle the surge, but it is still an issue.

The company tried to downplay the problems in a statement, apologizing for the issue and saying it affected less than 0.1 percent of all the cards sold over the holiday period. (Via ABC)

Target says it will honor the impacted cards. Customers can also visit guest services desks at their local store to resolve the issue.