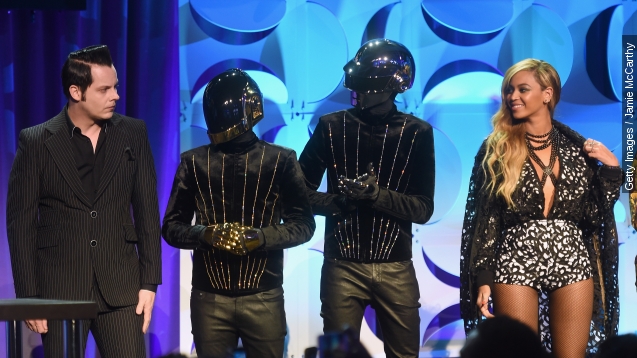 Tidal has just hired its third CEO. Can it handle the volatile streaming environment much longer?

The streaming service Tidal has hired its third CEO in eight months. Jeff Toig, formerly of SoundCloud, is taking the helm of the Jay Z brainchild. (Video via Tidal, Georgetown University)

The service was launched as high-quality music from artists that is tailored for the best listening experience with promises of exclusive content starring your favorites. (Video via Cash Money Records / Beyoncé)

Somehow, that hasn't garnered as many users as Jay Z and the gang hoped. And the new CEO could be more proof that the streaming world is dangerous waters to wade in, no matter how famous you are.

Just last month, another streaming service, Rdio, once valued at $500 million, had to shut its doors. Its scraps were snatched up by Pandora. (Video via Rdio)

It's easy to see why a streaming service is an attractive business prospect. Last year, according to Nielsen, more than 164 billion songs were streamed.

But running with the big dogs doesn't come easy. Spotify basically has the market pretty well covered with reportedly 122 million users. And 80 million of those use the free subscription. (Video via Spotify)

Apple Music has just 6.5 million users, which is much smaller, but Apple's need to turn a profit may not be as great, especially when you consider how much money it makes on some other items you may have heard of. (Video via Apple)

Tidal has only reported about 1 million users. So without the promise of free streaming or the strength of Apple behind it, Tidal is probably going to need to make some changes to keep up. Or release new Beyoncé music every day. Its choice. (Video via Tidal, Columbia Records / Beyoncé)