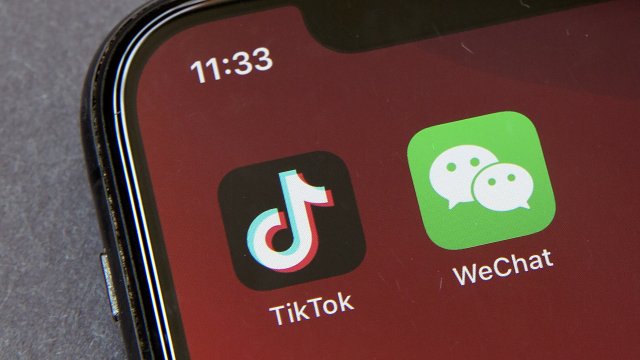 “I mean, just conceptually, I can tell you I don’t like that, President Donald Trump said in a recent news conference. "It has to be 100 percent as far as national security is concerned.”

President Trump is not happy with the possibility of Chinese parent company ByteDance retaining a majority stake in TikTok as part of its deal to keep operating in the U.S.

The deal still needs U.S. and Chinese government approval, and experts say it doesn’t meet the U.S. requirements from the president’s executive order from August.

"Unless the deal is structured where, you know, the US entity has sort of complete control over the data that's being collected in the US, then there's there's you can't assure anybody that their data's safe, said Dr. John Heslen, Assistant Professor of Political Science at Augusta University. Would China even decide to agree to it? No — to having Oracle control all the data.”

The deal would store Americans’ TikTok data stateside. Oracle would become a minority shareholder, and could review TikTok’s source code and updates. But the company’s algorithms and engineers who work on them would stay with the app’s Chinese owner, ByteDance.

Republican Senators like Ted Cruz, Josh Hawley and Marco Rubio are also calling for the deal to be rejected. In a letter to the president, Rubio said any sale  "must fully protect the data of American citizens and represent a full break with any Chinese-based corporation, which could potentially be influenced by the Chinese Communist Party. A partial sale, or trusted partnership deal, is insufficient."

"If TikTok was bought lock, stock and barrel and all the source code was brought over and it was analyzed and reviewed by people who who had the trust of of whomever, the government, the companies and so on, that would give us greater confidence that there was nothing subversive going on here," said Doug Schmidt, Professor of Computer Science at Vanderbilt University.

"How easy it is to prevent that is hard to say, especially if the deal doesn't include access to the source code.”

Still, Heslen and Schmidt feel that the negotiations around data security were less about technology and more about geopolitical standing.

"I think this may just be a bit of tit for tat where the Chinese government is saying, 'you guys can put export controls on things that you don't want to sell to us or send us or show to us. And we're gonna do the same thing,'" Schmidt said.

Trump will have to meet a self-imposed deadline whether to approve the deal by Sunday. But negotiations could still go on thereafter.

"The Chinese government really is in no hurry to make a decision," Schmidt said. "What does it matter to the U.S. government whether TikTok continues or not? They're sort of being used as pawns in this chess game between global superpowers.”

With the president’s deadline just days away, what all this means for TikTok’s 100 million monthly users in the U.S. is unclear.