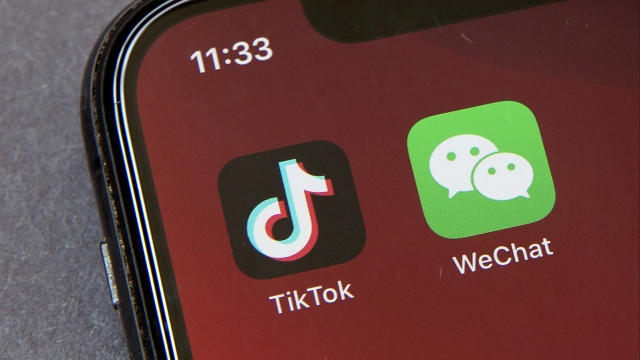 Both TikTok and its Chinese parent company ByteDance say the U.S. government "tried to insert itself into negotiations between private businesses.

TikTok said it plans to sue the Trump administration this week over a potential U.S. ban of the popular social messaging app.

TikTok and its Chinese parent company ByteDance announced this weekend it would challenge the president's executive order which requires it to be transferred to a U.S. business by fall to stay active.

TikTok added when it tried to work with the federal government, it was met with "a lack of due process as the Administration paid no attention to facts and tried to insert itself into negotiations between private businesses."

President Trump has claimed TikTok could be a national security risk by handing over to China information it gleaned from its 100 million American users. TikTok has denied it would share data with the Chinese government.

President Trump is also being sued by American users of the popular Chinese messaging app WeChat over his banning of that service.

The lawsuit claims that the ban violates the users' right to freedom of speech and will prevent U.S. citizens from texting family members still in China.