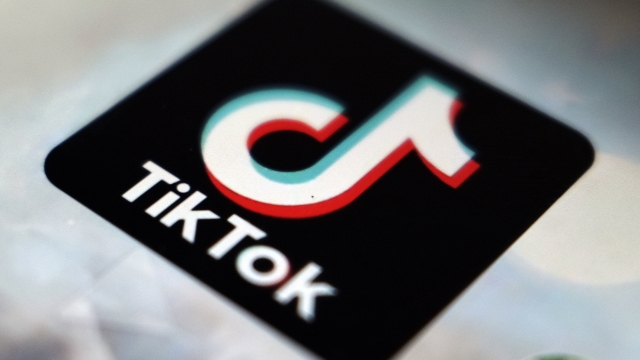 Vickie Cartwright, the interim superintendent of schools in Broward County, Florida, one of the nation's largest school districts, said the U.S. government should take action if TikTok won't get rid of dangerous posts that hurt American schools.

"I'm asking for our federal government at this point in time to intervene. We need help. I cannot fathom that any other country would allow this type of attack to be occurring on their education system," she said.

With stress levels already soaring from the effects of the pandemic and a rash of hoax threats following a deadly school shooting in Michigan on Nov. 30, districts said they were taking precautions out of an abundance of caution.

The posts circulating online said schools would face shooting and bomb threats Friday. In a tweet, the U.S. Department of Homeland Security said it did not "have any information indicating any specific, credible threats to schools but recommends communities remain alert."

Some districts opted to cancel classes for the day or limit where students could go inside school buildings. Many others increased security staffing. More than a half dozen school districts in the Houston area told middle and high school students to leave their backpacks at home Friday in response to the TikTok posts, though none of the districts had received credible threats, officials said.

TikTok has been deleting posts spreading "misinformation that is generally sparking alarming warnings" but is not finding posts that are promoting violence or making threats, company spokesperson Hilary McQuaide said.

"We are removing the alarmist warnings," she said. "Those are misinformation."

McQuaide said the company began hearing the rumors late Wednesday and has been working with law enforcement agencies to try to get to the bottom of them.

The post most widely associated with Friday's fears is "not really a threat, it's just saying they are hearing this thing is happening," said Justin Patchin, a criminal justice professor at the University of Wisconsin-Eau Claire and co-director of the Cyberbullying Research Center.

How to respond to that presents a dilemma both to TikTok and educators, especially since many of the previous panics about TikTok challenges have proven to be bogus and acknowledging them can make them more influential.

"It definitely puts schools in a tough spot," said Patchin, whose center has worked with TikTok and other social media companies in the past to research online bullying. "There are these potential threats they can't ignore but they also can't shut down schools every time someone posts a generalized threat on social media."

Educators have been on edge in many places since the deadly shooting in Michigan as copycat threats have led to isolated cases of schools switching to remote learning over the last several weeks.

In Newtown, Connecticut, all schools were open Friday, with an increased police presence. District schools had switched to remote learning Tuesday, the ninth anniversary of the Sandy Hook Elementary School massacre, due in part to threats that schools elsewhere were receiving in the aftermath of the Michigan shooting.

In Michigan, West Bloomfield schools went remote for the entire week after a social media threat prompted a lockdown Monday. The 14-year-old daughter of Julia Anderson Pulver texted her saying it was probably nothing but "there's still a little voice in the back of my head saying you're gonna die."

"I was very pleased they wanted to ensure the mental health of our students and teachers and staff because they didn't want us to come back and then go through a similar lockdown because a new threat came in and repeatedly traumatize everyone," Pulver said.

As her 15-year-old son studied for his big algebra test, word of vague threats of school violence on TikTok prompted Kelley Swiney to quiz the freshman about other calculations: What's your fastest exit from that classroom? Where would you run? Do you feel safe going to school Friday?

Swiney, a mom of three school-age boys in Upper Arlington, Ohio, said she'd had a similar conversation with him and her middle son, a sixth-grader, after the recent school shooting in Michigan. She asked them to take a few seconds in each classroom they enter to think about where they could hide and how they could get out.

She told her son that if he felt truly unsafe – not just trying to skip the test or the last day before holiday break – he could stay home Friday, even if it meant a failing grade.

"I think it's really pretty depressing that we live in a world where I have to have that conversation with my child," Swiney said.

On Friday morning, he felt comfortable enough to head to school for the exam, and by midday he was safely back home.