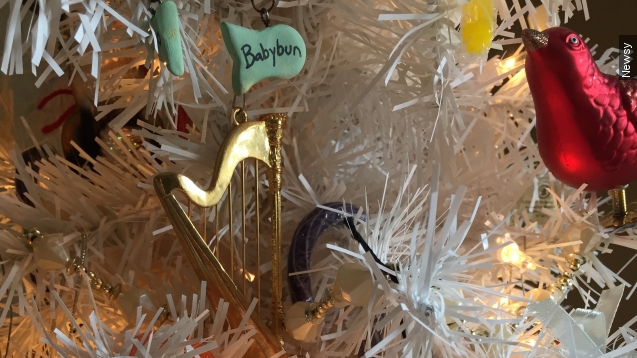 Putting up a tree and hanging stockings are Christmas traditions that don't seem to be going anywhere, but there are a couple that may be going away.

Ever hung a pickle on your Christmas tree? Shared a kiss under mistletoe? Did you put up Christmas lights this year? One of these is apparently going out of style.

And it's that smooch. A survey by a supermarket out of the U.K. says only one out of seven people shared a kiss under mistletoe last year.

And for anyone under 35 — over 70 percent of us have never taken part in that holiday tradition.

There are Druid, Viking and Greek stories behind mistletoe. In a popular Viking tale, a god named Balder was killed with an arrow tipped with mistletoe. Balder's mother brought him back to life and the tears she cried turned the mistletoe berries white. Then, it was said no more harm could happen by mistletoe, and only kisses could take place underneath it, as a sign of love.

But mistletoe isn't the only tradition dying out like embers in that fireplace you probably also never use.

The tradition of sending Christmas cards is dwindling, too. In 1995, Americans bought 2.7 billion holiday cards, according to the Greeting Card Association. In 2011, it was just 1.5 billion.

Other traditions, like putting up a Christmas tree, still seem to be going strong, though.

And you can even have some fun with that — pink tree, anyone?