Forget Gold: The Next Olympic Medals Are Going Green 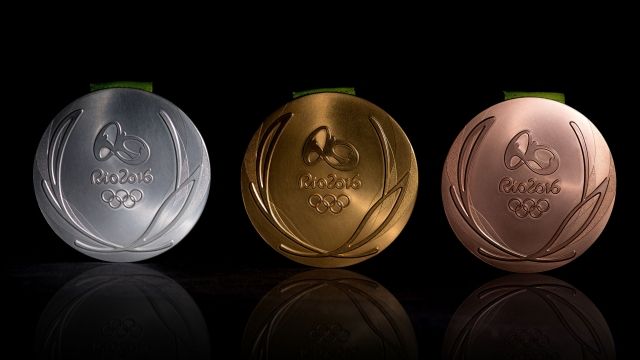 In an effort to be sustainable, the Olympic and Paralympic medals will be made from recycled electronics.

Organizers are asking the Japanese public to donate old phones and other electronic devices.

The hope is that enough electronics will be collected so organizers can salvage eight tons of metal to make the 5,000 medals needed for both the Olympic and Paralympic Games.

If you think winning a medal made from recycled materials is worth less than any of the 28 total medals Olympic swimmer Michael Phelps has won — think again.

For one, gold medals haven't been made of solid gold since the 1912 Summer Games in Stockholm.

Nowadays, gold medals are composed of at least 92.5 percent silver and about 1 percent gold.

He can blame one of his Jamaican teammates.

Yahoo estimated a gold medal from the Rio Games had a value of around $565. Silver medals were worth $315. And bronze ones? Well, let's just say your favorite Starbucks drink is probably more expensive.

The Rio Olympic organizers used recycled materials in 30 percent of their silver and bronze medals in 2016.