Top 3 Dating Apps Everyone Needs To Know About 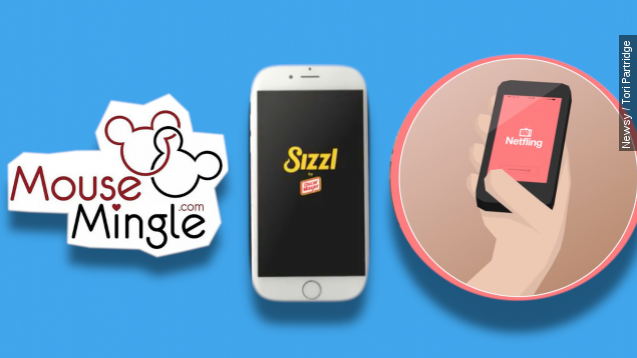 Nowadays, there are dating apps specifically designed for particular interests. We rounded up three of the best ones.

Online dating. It's not really a hush-hush thing anymore. In fact, 1 in 5 adults between the ages of 25 and 34 have tried it out, according to the Pew Research Center. And with so many people out there looking for love, some very specific dating sites that allow users to search for people with common interests have popped up. Very, very particular common interests.

Like MouseMingle.com. You can probably guess from the name that it's for those who love everything Disney.

The dating site launched at the beginning of December, and it offers to help users find their "Mickey or Minnie."

If you're not a huge Disney fan, this probably isn't the dating site for you: Los Angeles Magazine reported, "Users are asked to check boxes asking about your favorite Disney songs, Disney shopping habits, and 'Disney nerd level' in the hopes of finding a match."

Next up: A breakfast staple that's somehow made its way onto bedding, perfume and wrapping paper.

And now those who love the crunchy taste of bacon have a dating app specifically designed for them.

Welcome to Sizzl. It was created by Oscar Mayer for those who "get hot thinking about how many hours your bacon's been cured and naturally smoked."

Sadly, at the moment, the Sizzl app is exclusive to iOS. Sorry, non-Apple users.

And finally, there are a lot of people out there who probably would love to just come home from work, sit down on the couch and watch some Netflix.

But don't those individuals deserve to find someone they can Netflix and chill with?

That's where Netfling comes in. It's an up-and-coming dating site for all the binge watchers out there.

Now in order to use it, you'll need to have a Netflix account already. Netfling will then discover what types of movies and television shows you watch the most and match you with someone who has similar tastes. (Video via SuperHeroes Amsterdam)