Top 3 Heartwarming Stories Of The Week 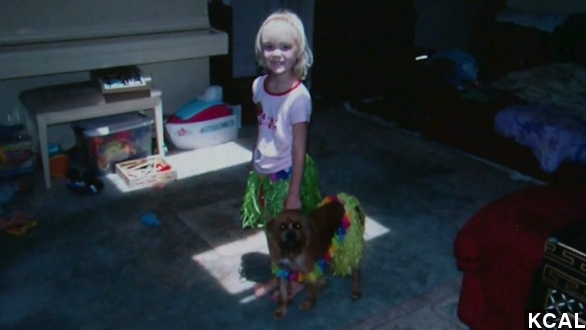 Get your dose of good news in this week's Top 3 Heartwarming Stories of the Week.

​We’re happy to bring you some of the good news that made headlines this week. This is Newsy’s Top 3 Heartwarming stories of the week. Sometimes something as simple as people just doing the right thing can really be a refreshing story. You'll see — here's number three.

Erica Clark of Minnesota stumbled across $2,800 in a parking lot. The 19-year-old said it was the largest amount of money she’d ever seen at one time, but she didn’t even consider pocketing the cash. (Via KVVU)

“I'm like oh, my gosh, I can't believe someone lost this much money. I couldn't believe what they were probably feeling at that point. So I called my dad, and he told me to just come home and we’d take it over to the police station right away.” (Via KLVY)

The owner of the cash dropped it in a McDonald’s parking lot as he was on his way to purchase a new truck. (Via WLS-TV)

Clark said she was surprised doing the right thing would garner so much attention. The man said thank you to Clark for her honesty by giving her a reward. (Via KEYC)

No. 2 goes to a Canadian airline that brought Christmas early to 250 of its passengers. WestJet setup a virtual Santa that asked the passengers what they wanted for Christmas. Then, surprised them with presents. (Via Fox News)

“WestJetters took notes and got ready to shop quick.” (Via YouTube / WestJet)

The Christmas surprise was a huge hit and obviously all of the lucky passengers were absolutely thrilled and grateful for the gifts. (Via HLN)

It doesn't get much sweeter than our most heartwarming story this week. As dog lovers know, sometimes you just want your best friend to be by your side.

7-year-old Mady O'Brien was devastated when her dog Meko vanished during a vacation in Arizona. That was more than a year ago, and the little girl has had to go through a lot since then. (Via The Pet Collective)

O'Brien was diagnosed with a brain tumor in May. She's been through numerous hospital visits and almost 30 chemotherapy and radiation treatments. Last month, the little girl got some great news while on the way to another round of chemo. (Via WJW-TV)

Meko had been found on the streets of Arizona! Her father drove the 400-mile trip to pick up their family pet and bring him back home.

"Can you believe it guys?" (Via YouTube / Yavapai Humane Society)

O'Brien's mother says she believes this was just the start of good news to come for the family. We sure hope so.  (Via KCAL)

That wraps up this week's Top 3 most heartwarming stories.