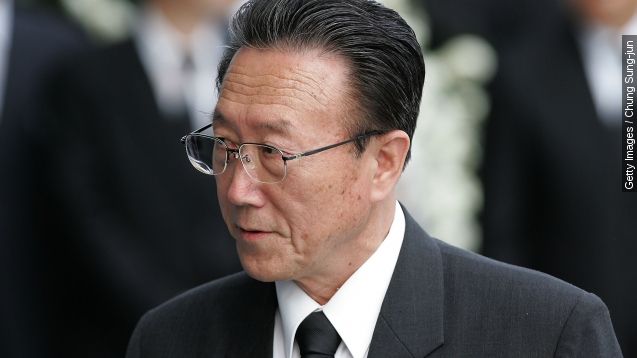 A top North Korean aide died in a car crash, according to state-run media, but little other information was given.

One of Kim Jong-un's top aides has died in a car crash, according to state-run media. He was 73.

Kim Yang-gon played an integral role in communication with South Korea, though diplomacy between North and South Korea has been somewhat of a power struggle despite agreements in recent months.

Not many more details were offered about his death, which is sparking some controversy. (Video via Korean Central Television)

The speculation of some commentators and South Korea's intelligence agency is that officials in North Korea are often executed if they hold views different than the supreme leader and party. (Video via Korean Central Television)

One South Korean report claims 70 officials have died since the start of Kim Jong-un's reign in 2011.

But despite the conclusions some have jumped to, Kim Jong-un is said to be on the planning committee for his former "closest comrade and a solid revolutionary partner's" funeral. (Video via Arirang)