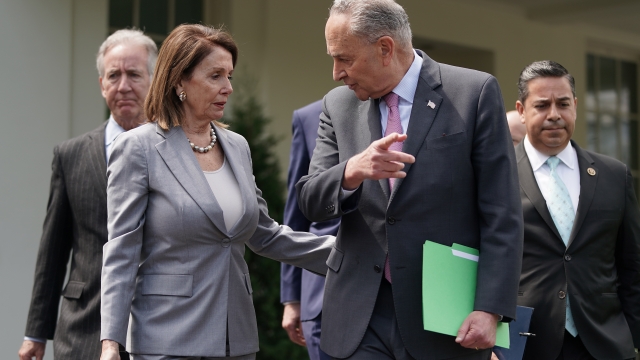 "We agreed that infrastructure is crucial to the future of America," Schumer said.

Top Democratic lawmakers in Congress say they've reached a deal with President Donald Trump to move forward with a plan to overhaul the nation's infrastructure.

They told reporters both sides agreed to spend $2 trillion on the potential plan, which Schumer said would focus on roads, bridges, highways, water, broadband and the power grid.

And they added they're optimistic about working with President Trump on the legislation, despite their notoriously tense relationship.

"It was a very constructive meeting. It's clear that both the White House and all of us want to get something done on infrastructure in a big and bold way," Schumer said.

Schumer and Pelosi said they're meeting with the president again in three weeks to discuss funding for the plan. As of Tuesday afternoon, the White House had not commented on their remarks.