Top Indian Official: 'If You Can't Prevent Rape, You Enjoy It 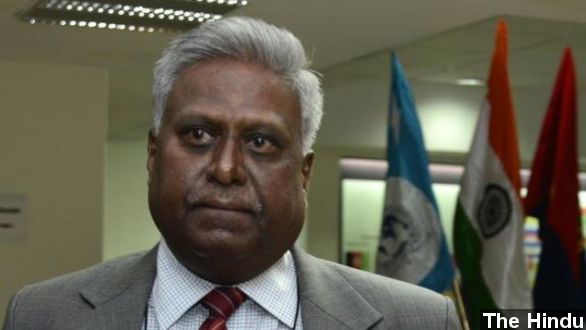 India's Central Bureau of Investigation Chief, Ranjit Sanha, apologized Wednesday for remarks he made about rape.

India's Central Bureau of Investigation Chief apologized Wednesday for a remark he made about rape that outraged women across the country.

Chief Ranjit Sinha was arguing that if sports betting couldn't be stopped, it should be legalized. He made this comparison: "...it is like saying if you can't prevent rape, you enjoy it."

Sinha says his remarks were taken out of context and offered an apology a day later saying, "I regret any hurt caused as the same was inadvertent and unintended. I reiterate my deep sense of regard and respect for women and commitment to gender issues."

But in a country rife with gruesome rape crimes the comments hit hard. Activists are calling for his resignation.

A spokesperson for the National Commission for Women said comments like that will not be tolerated.

"We not only condemn it, but also protest against it. He holds such a high position and is a protector of the law." (Via Madhyamam)

And a leader for the Communist Party of India also spoke out telling The Hindu,

"It is sickening that a man, who is in charge of several rape investigations, should use such an analogy. He should be prosecuted for degrading and insulting women."​

Sexual violence against women in India has been the center of much debate this year.

Last December a woman was gang-raped and murdered on a bus leading to nationwide protests. Four men were found guilty in the case. (Via CNN)

The government has passed tougher anti-rape laws recently but many argue mindsets and the treatment of women has yet to change.