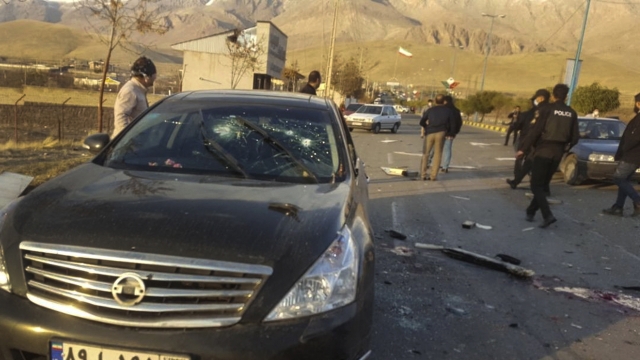 Mohsen Fakhrizadeh was killed in an ambush by several gunman just outside Iran's capital of Tehran.

An Iranian scientist linked to the country's military nuclear program is now dead.

Officials say Mohsen Fakhrizadeh was killed during an attack in Tehran this morning. Iran's foreign minister says there are "serious indications" Israel played a role.

The scientist was reportedly in a car when he was ambushed by several gunmen.

He was taken to a hospital where he later died. Several bodyguards were also injured.