Tornado Cleanup Continues In Kentucky As Many Wait To Rebuild 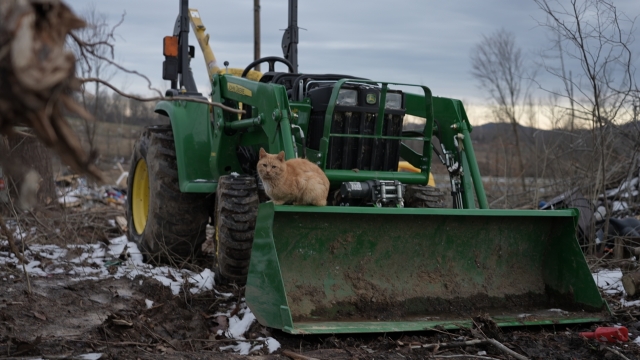 A month after deadly storms swept through eight states in the U.S., many are still working to recover lost memories and rebuild their communities.

A month after the National Weather Service says 66 powerful tornadoes created a path of destruction through eight states, many are still working to clear their properties so they can start to rebuild. The Kentucky governor's office says at least 13 people died in Hopkins County. Those who survived have a long road to recovery, which includes rebuilding entire communities.

Hopkins County resident Billy Wells is retired and spends all of his time helping the community organize tear-downs, tree removals and helping media officials find residents with stories to share. He showed us several neighborhoods where all that remains is piles of debris. He says the homes that are still standing are scheduled to be torn down.Wells also helped crews clear a pathway so photographer Tandy Cook could get up the road to what's left of her property.Cook says she plans to rebuild her home but right now she's focused on gathering the small keepsakes that she lost when the tornado hit. Countless photos ended up in neighboring states, blown miles away by the power of the storms."Most of our pictures ended up in Elizabeth, Indiana, or as far as Louisville and La Grange," Cook said. "But I was very thankful to get all of those."