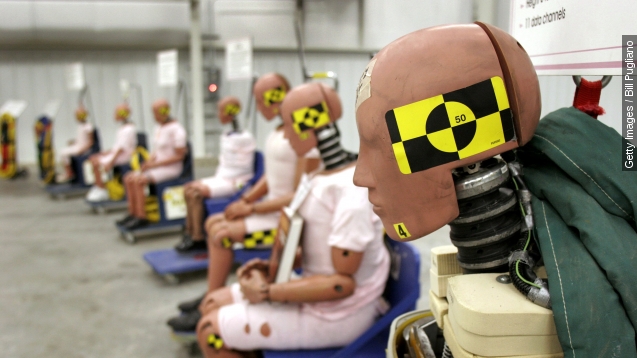 The government has proposed changes to its safety ratings system that could force manufacturers to add more autonomous safety features.

This is actually a good thing for car buyers because the suggested changes mean the cars we buy in the future will be safer and possibly more autonomous.

Just think about it: Cars have gotten faster, both bigger and smaller, and recently they're even becoming more self-driven.

In an interview with Wired, the Secretary of Transportation said he'd told the administration to review the ratings, "Nudging and making it a little harder for folks to get a five star."

This way, auto manufacturers have some incentive to step up their safety game besides, y'know, just saving peoples' lives.

Adding those "crash-avoidance advanced technologies" could also help pave the way to a self-driving future for autos. It's something we're all excited about and that a lot of tech companies have already committed to. (Video via Mercedes-Benz)