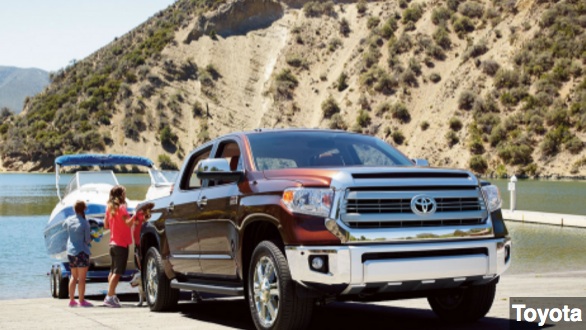 The world's largest automaker upped its profit projections for the year thanks to weakness in the yen.

The world's largest automaker is back in full form. Toyota said Wednesday it's expecting one of its most profitable years to date.

"The automakers quarterly earnings rising by 70% outperforming its big Japanese rivals. Toyota is now raising its full year profit forecast and its North American sales forecast for this year and next year."

"Toyota has upped its profit forecasts thanks to the weakness of the yen and as a result of cost-cutting measures."

The company bumped its full year projections by 13 percent, raising estimates from 1.48 trillion to 1.67 trillion yen.

Toyota is on pace to outsell all other carmakers for the year and make more money than GM and Volkswagen combined.

The company is battling back after the massive earthquake and tsunami hit Japan in 2011. Toyota was slow to recover.

In recent years recalls have hurt the bottom line. Just last month, the company recalled almost a million vehicles because of spiders possibly being in AC units.

Toyota stock has been on tear this year though. Shares are up more than 50% year to date.