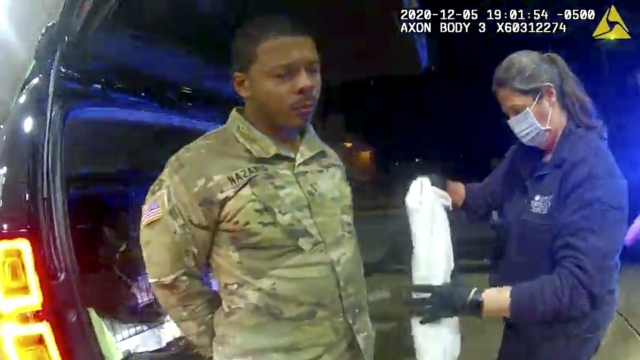 Attorney General Mark Herring will look into whether there is a pattern of misconduct with the officers involved and the Windsor Police Department.

Attorney General Mark Herring will look into whether there is a pattern of misconduct with the officers involved and the Windsor Police Department as a whole.

The video shows officers stopping U.S. Army Lt. Caron Nazario at a gas station. They drew guns and one of them pepper sprayed Nazario, who is Black and Latino.

Nazario filed a lawsuit against the officers, one of whom was fired over the encounter.