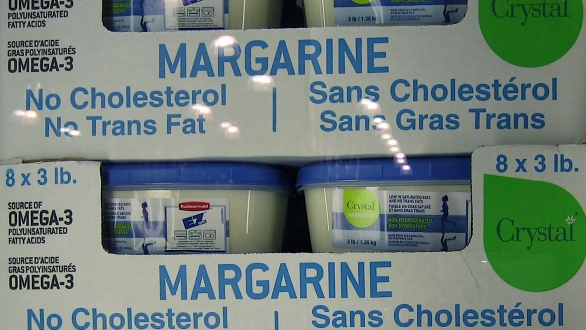 A study presented at the American Heart Association Scientific Sessions shows a link between diets high in trans fats and decreased memory recall.

What you're eating might be eating you ... well, eating at your memory banks, anyway.

A new study presented at the American Heart Association Scientific Sessions this week has shown a link between trans fat consumption and memory loss.

To come to that conclusion, scientists showed healthy adults flashcards with words to memorize. They then tested whether the participants could remember which words they had already been shown.

The most striking results were for men between ages 20 and 45 whose diets were high in trans fats. These participants remembered 11 fewer words, or about 12 percent less, than their healthier cohorts.

NATALIE MORALES FOR NBC: "That's regardless of their education or ethnicity. More studies are needed to determine if these fats have the same effect on young women."

Trans fats have traditionally been used as food preservers, extending the shelf life of many processed foods since the 1950s. They also give taste and texture to many foods we know and love.

Though according to Medical News Today, trans-fat consumption has decreased about one-third since 1980. That's due to regulators pulling trans-fat products from grocery shelves and out of restaurant foods.

Research has shown that diets high in trans fat have other negative health impacts.

Even in the past year, the U.S. Food and Drug Administration has stepped up the pressure to get trans fats out of food. (Video via ABC)

ANCHOR FOR ABC: "A big announcement from the FDA requiring companies to phase out all trans fats from our foods, saying this could save up to 7,000 lives a year."

The recommendation for cardiovascular health is to cut out as many trans-fat foods as possible. Now doctors can add improved memory to the benefits list.