Transportation Secretary Wants Cars To Talk To Each Other 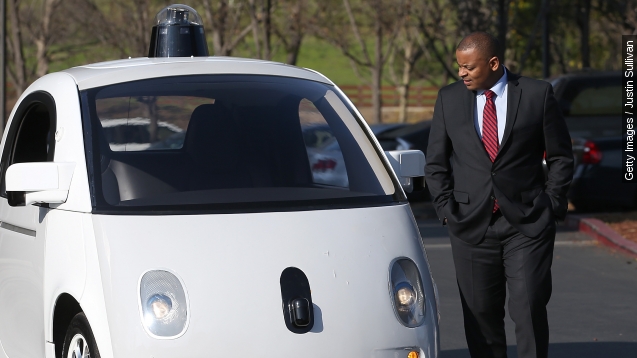 As the Department of Transportation works to catch up with the evolving auto industry, it puts vehicle-to-vehicle communication on the fast track.

The Department of Transportation wants cars to talk to each other, and they want it to happen soon.

The idea is cars that communicate with each other are safer because they can detect the location of other vehicles even when the driver can't see them. The Verge took a ride in one last year.

"If you are traveling at speed, you can get a warning you need to slow down. You aren't going to be surprised when the car around you swerves out of the way," a reporter for The Verge said.

Foxx said the aim is to make vehicle-to-vehicle communication a standard in all cars, but it seems the high-tech safety regulation would be best suited for self-driving cars.

A typical car could only send a warning to drivers, but a self-driving car would be able to react on its own without relying on the driver's reflexes. (Video via Google)

Foxx wants a proposal sent to the Office of Management and Budget by the end of the year, but the autonomous-car industry is already moving faster than that, which Foxx seems to be aware of.

"We have to take what the innovators are doing and set the safety bar for it, and if it meets the bar, it should find its way into the marketplace," Foxx told Bloomberg.

"Every car coming off the line at Tesla, at the factory, has the autopilot hardware," said Tesla CEO Elon Musk.

Tesla has plans to role out an autopilot feature for highway driving this summer, and auto-parts maker Delphi recently made a 3,400-mile cross-country trip in a self-driving car.

It's still too early to tell when vehicle-to-vehicle communication will be standard, and even after it's implemented, it will take years before most cars on the road have the feature.