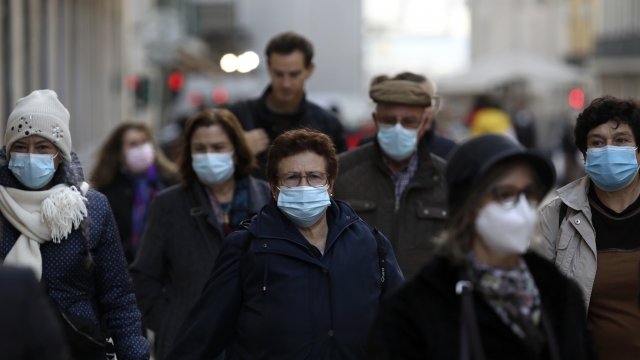 The U.S. imposed a travel ban from eight countries in southern Africa for non-U.S. citizens.

The Omicron variant of COVID has been found in more countries and is getting closer to the U.S. amid urgent efforts to stop its spread.

Omicron has been detected in Canada, and New York is in a state of emergency in preparation for the variant's spreading.

The U.S. imposed a travel ban from eight countries in southern Africa for non-U.S. citizens. But even Americans trying to get back home from that region find themselves stuck.

"We've probably had about 10 flights booked that were either canceled or we were not allowed to board the flight because most of the flights that come from Johannesburg go through Europe, and those bans were coming in hour by hour and day by day that each country was closing its borders to anybody that didn't hold a European passport," one traveler said.

Many people are hoping the variant doesn't mean new lockdowns this holiday season.

"I just hope we don't go into another lockdown, to be honest, that's the main concern," another traveler said. "Just still being able to see family and do the normal everyday things we've missed out on."