Travelers Are Happier With Airports Than They Used To Be, Survey Says 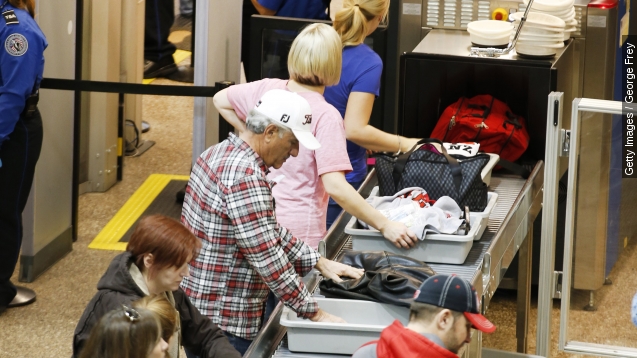 The study by J.D. Power found travelers in North America are more satisfied with airports now than they were five years ago.

If you've traveled by plane, chances are you've had at least one bad experience — your flight was delayed or canceled, your luggage was lost, or maybe you were even forced to stay in the airport overnight.

Well, turns out, airports might be paying more attention. Travelers in North America are having better airport experiences now than they were five years ago, according to a new survey.

As for those passengers who aren't having a good time? They're pretty adamant about it. Dissatisfied customers make an average of 13 complaints after one of those bad experiences.

The study, conducted by J.D. Power, found an average 35-point increase in travelers' satisfaction since five years ago. The survey focused on security and luggage checks, shopping and facilities in the terminal, as well as how easy it was to get to the airport.

It also found that Gen X'ers and Millennials overall had better experiences. And when they were happy, they spent more money.

So out of the 31 large airports and 33 medium-size airports surveyed, which one did the best?

Portland International Airport took the win for the large airports, and Dallas Love Field and Southwest Florida International in Fort Myers tied for first out of the mid-size airports.

As for last ranked, Newark Liberty International did worst out of the large airports, and Cleveland Hopkins International fared worst among mid-size airports.