Travelers Arriving In U.K. Will Have To Self-Isolate For 14 Days 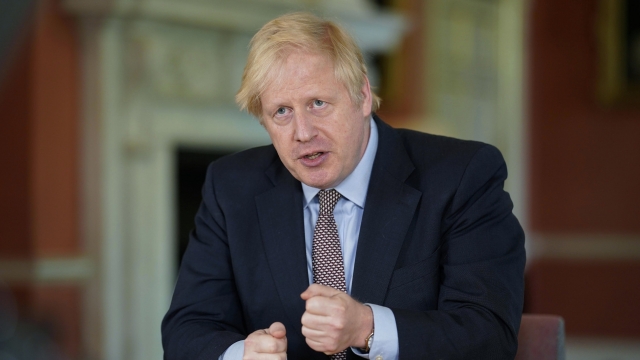 People coming to the U.K. from France or Ireland will reportedly be exempt.

The U.K. will soon require travelers flying into the country to be quarantined.

"To prevent reinfection from abroad, I'm serving notice that it will soon be the time — with transmission significantly lower — to impose quarantine on people coming into this country by air," U.K. Prime Minister Boris Johnson said.

According to guidance released by the British government Monday, international travelers will be asked to self-isolate for 14 days upon arriving in the U.K. People coming to the U.K. from France or Ireland will reportedly be exempt.

But as British Prime Minister Boris Johnson prepares to impose those new travel restrictions, he revealed the government is beginning to take "careful steps" to gradually ease the U.K.'s coronavirus lockdown.

"The first step is a change of emphasis that we hope that people will act on this week. We said that you should work from home if you can, and only go to work if you must. We now need to stress that anyone who can't work from home, for instance those in construction or manufacturing, should be actively encouraged to go to work," Johnson said.

That first step starts Wednesday. The public is being asked to avoid public transportation as much as possible and wear protective face coverings. People can also now exercise outside as much as they want, but they can only meet up with one person at a time outside of their households.

Johnson noted the next step will include reopening some schools and nonessential businesses. Those openings would happen by June 1 at the earliest.