US Treasury Sanctions Some Involved With Syrian Chemical Weapons 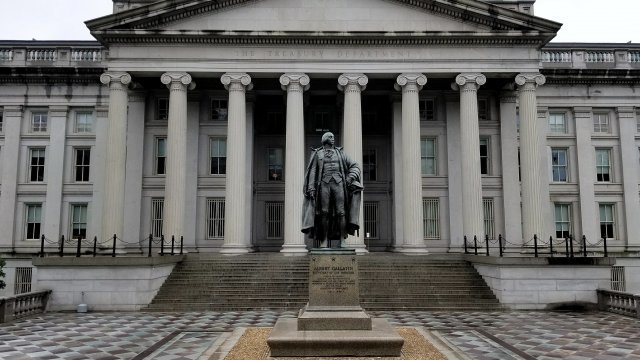 The U.S. Treasury Department has imposed sanctions on a number of people and entities with connections to Syria's chemical weapons.

The sanctions target five groups and eight individuals. The Treasury says they are "key components" in a network that gets electronics for the agency developing Syria's chemical weapons.

The move was in coordination with the French government, which renewed asset freezes on a number of groups and people from the same network.

Syria has allegedly used chemical weapons at least 34 times since 2013, but some estimates put that number as high as 85.