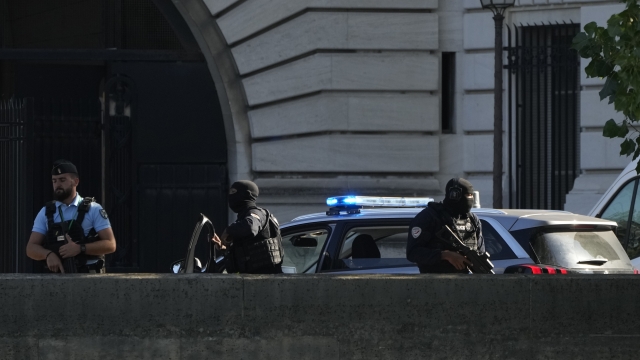 Twenty men are charged, but six of them will be tried in absentia.

In a custom-built secure complex embedded within a 13th century courthouse, France on Wednesday began the trial of 20 men accused in ISIS’s 2015 attacks in Paris that left 130 people dead and hundreds injured.

The defendants were taken one by one into a glass-enclosed box at the side of the courtroom, surrounded by armed officers.

Nine gunmen and suicide bombers struck within minutes of each other at France’s national soccer stadium, the Bataclan concert hall and Paris restaurants and cafes on Nov. 13, 2015. Survivors of the attacks as well as those who mourn their dead packed the rooms, which were designed to hold 1,800 plaintiffs and over 300 lawyers.

The lone survivor of the extremist cell from that night, Salah Abdeslam, is the key defendant. Abdeslam appeared wearing a black short-sleeved short and black trousers.

The defendants were called in alphabetical order, and Abdeslam was first and he was asked to identify himself.

Requested to state his profession, Abdeslam said his “ambition is to become a fighter for Islamic State.”

The trial started nearly an hour later than planned. No reason for the delay was immediately given.

Abdeslam is the only one charged with murder. The same ISIS network went on to strike Brussels months later, killing another 32 people.

Twenty men are charged, but six of them will be tried in absentia. Abdeslam, who abandoned his rental car in northern Paris and discarded a malfunctioning suicide vest before fleeing home to Brussels, has refused to speak with investigators. But he holds the answers to many of the remaining questions about the attack and the people who planned it, both in Europe and abroad.

Abdeslam will be questioned multiple times. He has so far refused to talk to investigators.

The attacks transformed France, which declared a state of emergency that night and now has armed officers constantly patrolling public spaces.