What Is TAVR, And Could It Save Thousands From Open-Heart Surgery? 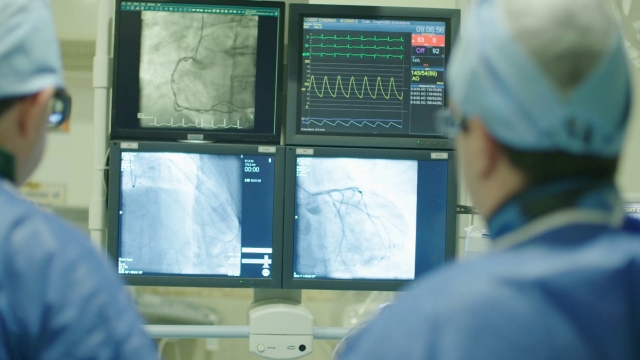 As some people get older, the valves of their heart can get narrower. It’s called aortic valve stenosis, and sometimes treatment includes intense open-heart surgery. But new research shows many heart patients might have an option to avoid a major operation – especially younger ones who are just starting to feel the effects of age.

Researchers are putting a new spotlight on transcatheter aortic valve replacement, or TAVR. It's a minimally invasive surgery where doctors wedge a replacement valve in place of an old, damaged valve instead of removing it.

"It's been around for almost close to a decade, but it's really starting to take off over the past couple of years, and there's many programs throughout the country, including ours, that have been doing it for now several years with pretty good results," Dr. Michael Firstenberg, chief of cardiovascular surgery at The Medical Center of Aurora, told Newsy.

In TAVR, a surgeon feeds a catheter and the valve up through a patient's groin. That's much easier on the body than open-heart surgery, where doctors have to crack open a patient’s ribs to access the heart.

Dr. Michael Firstenberg and his team have performed more than 200 TAVR procedures since 2015. Until this recent research was released, the devices were usually only considered for patients who had a high risk of dying due to surgery - because of their age, health, or other complicating factors.

"One is their frailty, meaning how easy it is for them to get up and move around. Obviously somebody that walks and plays golf and carries their clubs is a little bit different than somebody that is bedridden because of their medical problems," Firstenberg said. "People that have had previous open-heart surgery, for example, would be at increased risk for having problems if they needed repeat surgery. And then we factor in all of the other medical problems, as well as the age of the patient."

Now, findings from two clinical trials show younger or lower-risk patients who previously wouldn’t have been eligible could actually be good candidates for TAVR. Compared to traditional open-heart surgery, the less invasive procedure lowered their risk of death, debilitating stroke and repeat hospital visits. Doctors estimate it could help as many as 20,000 more people every year.

According to new guidelines, the risk of bleeding outweighs the benefits of a daily low-dose aspirin regimen in most cases.

"In 30 days, TAVR had a better safety profile with less disabling stroke, less atrial fibrillation, less kidney injury, and by the way — you got out of the hospital half the time of surgery," said Dr. Michael Reardon, a cardiovascular researcher at Houston Methodist.

We should note something here: The trials were sponsored by the makers of TAVR valves, which is fairly common practice in the medical device industry. Dr. Firstenberg doesn't think it’s a deal-breaker.

"It's a delicate situation because for the most part, the industry needs to fund and support the trials to get the approval by the FDA," said Firstenberg. "So it becomes a little bit of a catch-22. But the key is that when the trials are conducted with good transparency and a recognition of some of the potential conflicts. And that sometimes is the best way, but it's also important when you look at these things. Yes, there is sort of a conclusion that fits nice on a tweet, but it's important to really look at the data — how the trial was done, what the patient population was, and what the nuances are to help them determine whether that's the best thing for you."

The FDA is expected to approve the device for less risky patients, something that Dr. Firstenberg says could be a game-changer: Without FDA approval, insurance doesn’t cover the procedure, and he says the valve alone can cost up to 35 thousand dollars.

Doctors say young patients often feel invincible from heart disease. Steven Rice says he was one of those people. Then he had a heart attack at 32.