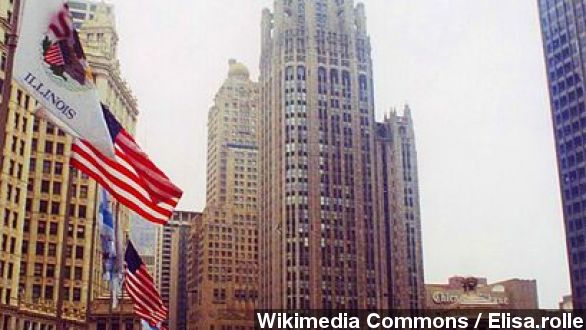 The Tribune Company is consolidating noneditorial departments and laying off almost 700 employees.

​The Tribune Company announced Wednesday it will reorganize multiple departments within the Chicago Tribune, Los Angeles Times and six other daily newspapers. The change will result in the loss of almost 700 jobs.

A majority of the cuts will come from noneditorial departments such as human resources, marketing, advertising and distribution. Instead of each paper having its own departments, the publications will now share departments. (Via Vimeo / Mike Raffensperger)

This change comes less than a year after the Tribune Company pulled itself out of bankruptcy after four years. (Via Bloomberg)

Although that was good news for the company, hundreds of employees have been and continue to be laid off in an effort to get all aspects of the company out of the red. (Via StarTribune, Progress Illinois)

According to the Chicago Tribune, revenue from advertisements dropped by $84 million last year, and this year publishing ad revenue declined by $62 million, or 8 percent. (Via Wikimedia Commons / Elisa.rolle)

And as the Los Angeles Times puts it, this most recent layoff reflects the Trib's effort to "withstand the ongoing decline in print advertising, which traditionally has been the lifeblood of the newspaper industry."

"This change in organization and operation clearly addresses it, gets ahead of it and gives us the best possibility to create runway to create our new future," the president and CEO of the Tribune Company told the Chicago Tribune. "We're going to have to anticipate the future needs and products of newspaper readership down the road."

The company plans for the new alignment to go into effect Jan. 1.