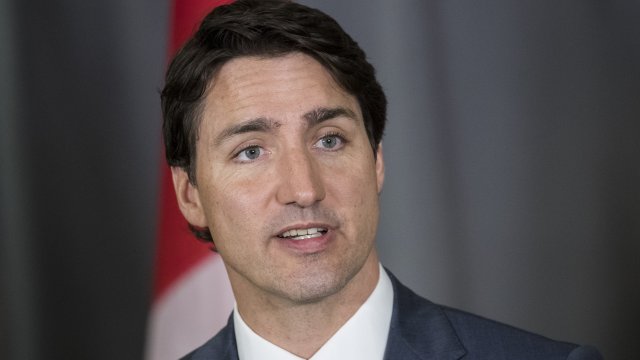 Canadian Prime Minister Justin Trudeau is weathering a political scandal that is threatening his self-made image as a progressive champion.

When he took office, Trudeau touted his new cabinet as an example of gender parity and minority representation. Now, two of those ministers — Jody Wilson-Raybould and Jane Philpott — have stepped down in protest over his government's conduct.

Wilson-Raybould was Trudeau's former Justice Minister and Attorney General. She's accused the government of trying to tamper with an ongoing prosecution for political reasons. The accusations aren't about criminal conduct, and Trudeau's government says it acted appropriately.

But the affair has cast a shadow on Trudeau's normally bright image — he's been branded an "imposter" by one magazine outlet for failing to follow through on his political promises.

The plaintiffs claim the Canadian government failed to give them important health and safety information associated with being posted in Cuba.

Trudeau is accused of meddling in a bribery case to save thousands of jobs in Quebec, his home province. The company, SNC-Lavalin, apparently threatened to leave Canada if prosecuted.

One of Trudeau's longtime aides, Gerald Butts, resigned over his alleged role in the affair. Butts told a parliamentary committee that "nothing happened beyond the normal operations of government" in the SNC-Lavalin case, which is still ongoing.

Opposition leaders have called on Trudeau to resign. He probably won't be forced out of office, but the scandal could damage his party's prospects in the country's parliamentary elections on Oct. 21 of this year. And Trudeau's reputation could suffer a permanent blow.