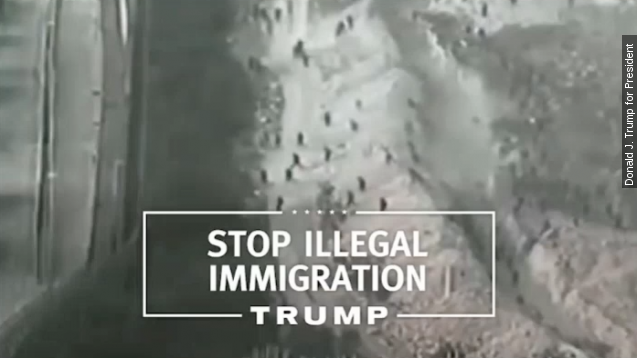 The campaign said the use of the footage was "intentional."

"And he'll stop illegal immigration by building a wall on our southern border that Mexico will pay for," the ad said.

One problem: That's not the southern border. That's Morocco.

The video came from an Italian TV network in 2014, according to PolitiFact.

PolitiFact rated this "Pants on Fire."

But Trump's campaign says it wasn't an accident.

"TRUMP CAMPAIGN MNGR: 'No shit its not the Mexican border but thats what our country is going to look like if we don't do anything,'" NBC's Katy Tur tweeted.