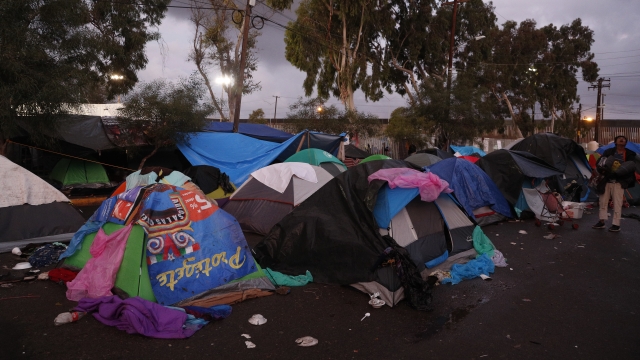 The administration filed the petition Friday in response to an appeals court blocking the mandate in Arizona and California.

The Trump administration asked the Supreme Court to allow enforcement of its "Remain in Mexico" asylum policy.

The administration filed the petition Friday after an appeals court blocked the mandate in Arizona and California. Last week, the 9th Circuit Court of Appeals ruled it is unlawful to require people with pending U.S. asylum cases to wait in Mexico for their hearing dates.

The Justice Department argued that axing the policy would cause a "rush at the border." The 9th Circuit granted a stay that leaves it in effect until March 12th — giving the Supreme Court time to review the case.

Solicitor General Noel Francisco argued that the policy has "dramatically curtailed the number of aliens" crossing the border since last year. He argued that ports of entry became overwhelmed after the 9th Circuit decision led to migrants asking for "immediate entry into the country."

Some 60,000 people with pending asylum cases in the U.S. have been returned to Mexico under the policy, which doesn't apply to Mexican citizens. Immigrant rights groups say migrants from Central America and elsewhere are forced to wait in unfamiliar and dangerous border areas, including tent cities that have been targets for kidnappings and violence.

Contains footage from CNN.  Correction: A previous version of this story incorrectly described the "Remain in Mexico" policy as a law. This story has been updated.