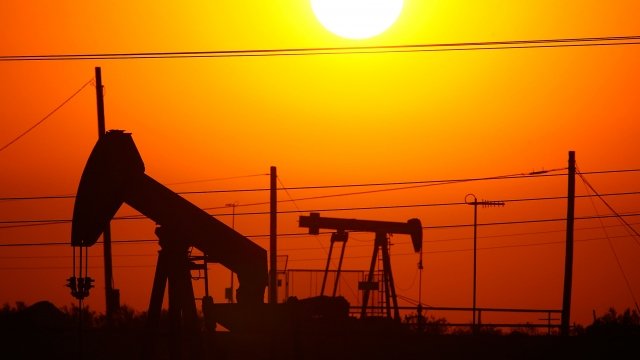 The EPA was going to delay Obama-era regulations on oil and gas wells, but a lawsuit from six environmental groups stopped it.

A federal appeals court struck down plans by the Trump administration to delay regulations on oil and natural gas drilling.

The regulations — put in place by the Obama administration — aim to limit methane pollution from oil and natural gas wells.

Last month, Pruitt announced the EPA was going to postpone the Obama-era regulations for two years. Six environmental groups challenged that decision in court and won.

The EPA and the Army Corps of Engineers made a formal proposal to roll back the Obama-era rule designed to limit pollution in the nation's waterways.

The main pollutant the regulations are concerned with is methane. Under the rule, oil and natural gas companies were required to monitor and plug any methane leaks they detected. Some companies say they were already trying to reduce methane leaks, but the new rule would make some wells unprofitable.

The EPA decided to delay enforcement of the new rule because, it argued, the Obama administration didn't give stakeholders a chance to comment on the regulations. But the court didn't think the evidence supported that argument.

Before heading the EPA, Pruitt was the attorney general of Oklahoma and was one of the plaintiffs suing the agency to overturn the methane regulations at the time.