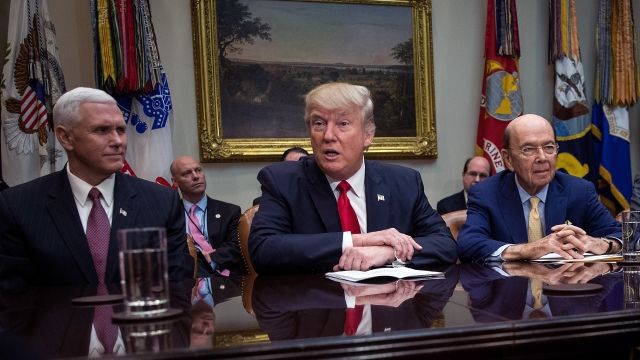 After its attempt to repeal and replace the Affordable Care Act flopped, the Trump administration is trying to figure out what to work on next.

The plan seems to be to move on to tax reform. President Trump even said he wanted to tackle that first, before he got to health care.

But the GOP's health care bill was supposed to pave the way for tax reform by cutting expenditures from Obamacare. House Speaker Paul Ryan admits that the loss on health care keeps a heavy burden on the federal government.

"We are going to proceed with tax reform. This makes it clearly more difficult. You know how the numbers work — it's about a trillion dollars," Ryan said at a press conference.

The State Department issued a permit for construction on Friday.

He added that the plan to slash taxes for corporations and individuals would roll out as one singular bill, instead of in phases like the proposed health care reforms.

Trump didn't rule out circling back to health care reform at some point, but he seems to content to leave Obamacare intact, saying the law's problems will actually hurt Democrats.

"The best thing we can do, politically speaking, is let Obamacare explode. It's exploding right now," Trump told reporters.