The White House Is In Talks For Putin Visit This Fall 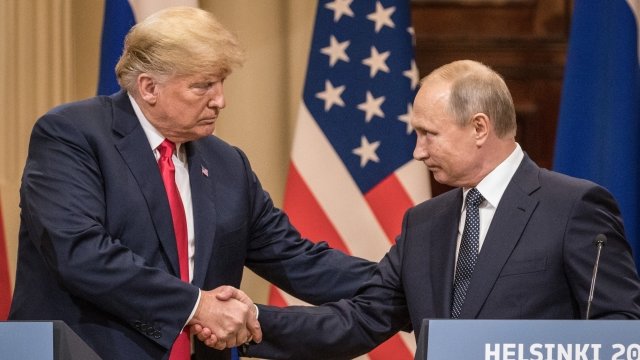 The White House said it's aiming for a fall meeting. The visit would follow Trump and Putin's controversial summit in Helsinki, at which Trump openly doubted Russia's interference in the 2016 election.

If the Putin visit ends up happening, it would be his first trip to the White House since 2005, when U.S.-Russia relations were much less contentious.