White House Requests $5.7B for 'Steel Barrier' At US-Mexico Border 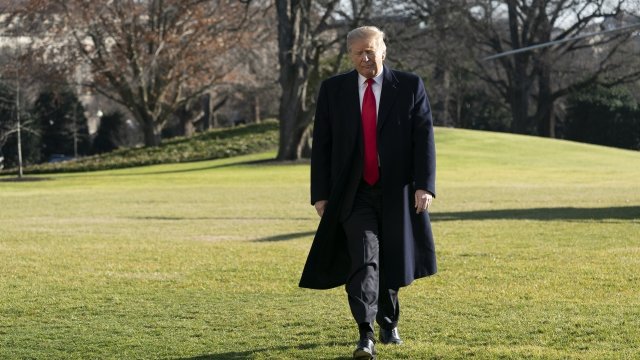 It also requested $800 million to "address urgent humanitarian needs" at the border.

As the White House and congressional leaders continue to negotiate over plans to reopen the government, President Donald Trump now appears willing to make a slight concession.

Instead of money for a concrete wall, his administration formally requested $5.7 billion Sunday for a "steel barrier" along the U.S.-Mexico border.

"It'll be less obtrusive, stronger and we're able to use our great companies to make it by using steel," the president told reporters.

In the same letter to congressional leaders, the Trump administration also requested $800 million to "address urgent humanitarian needs" at the border — such as more processing facilities and better medical care.

As of early Monday, Democratic party leaders have not given any indication that they're willing to negotiate over funding for a border barrier if it's built out of something other than concrete.

President Trump told reporters Sunday that he expects "very serious talks" on the partial government shutdown over the next few weeks.

Still if some sort of solution can't be worked out, the president said he's willing to bypass Congress entirely and declare a national emergency in order to secure the funds to build a wall. Democrats have said a move like that would most likely be challenged in court.