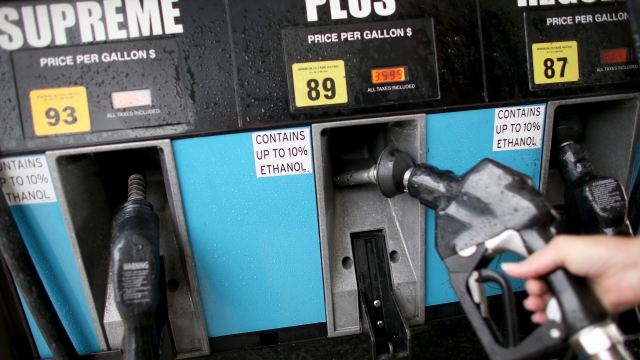 ​The Trump administration announced a plan that would require oil refineries to blend more ethanol into the the U.S.' gasoline supply in 2020.

The Trump administration has unveiled a plan to boost domestic biofuel demand and consumption.

The EPA and USDA jointly announced a plan on Friday that would require oil refineries to blend more than 15 billion gallons of ethanol into the U.S.' gasoline supply in 2020. The plan would also ensure that gasoline made with 15% ethanol would be available at most gas stations, building off of the administration's decision to allow year-round sales of E15 fuels. It also includes measures that would increase ethanol access to foreign markets.

Biofuel advocates and farmers praised the move, since ethanol is made from corn and other crops. Many also consider the move an effort to help farmers affected by the U.S.' ongoing trade war with China.

Back in August, the Trump administration's decision to exempt 31 small refineries from adding ethanol to their fuel angered many biofuel producers who say those exemptions hurt their businesses. The backlash was particularly harsh in Iowa, the leading U.S. producer of both corn and ethanol. The new plan could benefit both farmers and President Donald Trump's reelection campaign, as Iowa is an early voting state.

But oil industry leaders blasted the move, saying the plan is politically motivated and would lead to refineries closing and higher fuel prices. They also say it's unfair that refineries have to bear the burden of the administration's trade war.