Trump Affirms Plans To Withdraw U.S. From The Paris Climate Accord 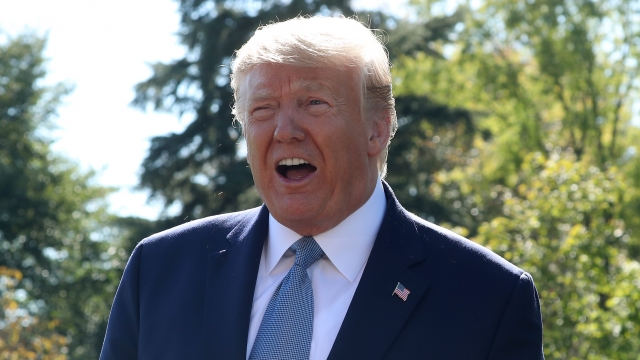 During an energy conference in Pittsburgh Wednesday, the president said he gets "applauded" for his decision to withdraw from the 2015 agreement.

"I withdrew the United States from the terrible one-sided Paris climate accord, it was a total disaster for our country," President Trump said.

Just two weeks before the U.S. can officially start pulling out of the Paris climate accord, President Donald Trump seemingly confirmed his administration's plans to do just that.

During an energy conference in Pittsburgh Wednesday, the president said he gets "applauded" for his decision to withdraw from the 2015 agreement.

"It was almost as though it was meant to hurt the competitiveness, really competitiveness of the United States. So we did away with that one," President Trump said.

But the process is actually more complicated. Under the rules of the deal, the earliest any country can leave is Nov. 4, 2020. The U.S. can kick off that process exactly one year before that date by submitting a written notice of its withdrawal to the United Nations.

Sources told The New York Times Wednesday the Trump administration is getting ready to start the formal process soon, though a State Department spokesperson wouldn't confirm if the agency had started drafting a notice to the U.N.