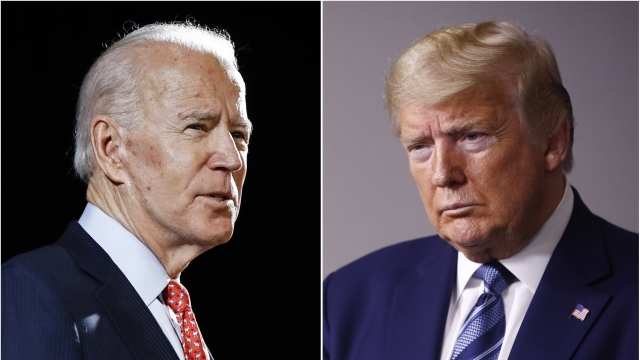 Criminal justice reform is one of the few issues where the parties have moved closer together rather than farther apart.

Criminal justice reform and specifically reducing the U.S. prison population is one of the few issues where both parties have moved closer together rather than farther apart.

But for President Trump and his Democratic challenger former Vice President Joe Biden, there are some significant differences in their records and beliefs.

One of the first 2020 campaign ads from President Trump focused on his criminal justice reform efforts and his commutation and subsequent pardon of Alice Marie Johnson. Johnson was given a life sentence for non-violent drug trafficking charges with no prior offenses on her record.

The Trump administration also passed the First Step Act, which has reduced the federal prison population by at least 5,000 people since 2018.

But some of his tough on crime views run counter to the goal of ending mass incarceration. President Trump supports cash bail, the death penalty and privately-run prisons.

And while Joe Biden supports none of those things — he played a large part in solidifying the mass incarceration problem in the first place.

As a senator, Biden helped write the 1994 crime bill, which enacted stricter sentencing for federal prisoners and offered federal funding for states to do the same.

Now, he has countered that legislation with a $20 billion grant program proposal that would reward states for lowering their incarceration population.

But the big difference between these candidates isn't after you've been arrested, it's before.

While Joe Biden has embraced the need for police reform and supported large-scale protests across the country, President Trump has aligned himself closely with police, referred to Black Lives Matter as a "symbol of hate" and joked about police brutality.

TRUMP: "Please don't be too nice. Like when you guys put somebody in the car, and you're protecting their head. Like don't hit their head and they just killed some body. You can take your hand away."

How does that play out on a policy level? Well for one, the Trump administration discouraged federal investigations of police departments and court-enforced reform measures, aka consent decrees.

The consent decrees have had mixed results across the country, but in Cleveland, for example, the local police saw a 20% drop in use-of-force cases since 2017.

A common misconception is Joe Biden's stance on efforts to "defund the police."

Despite the president's comments and campaign ads, Joe Biden does not want to defund the police.

His platform actually calls for an increase in police spending — specifically an additional $300 million to "reinvigorate community policing."