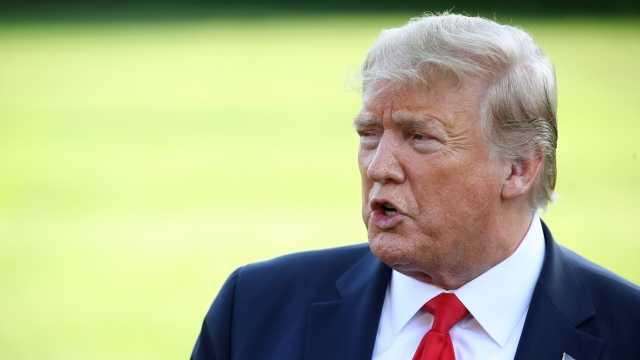 President Trump made the announcement on Twitter Wednesday. The president's tweet didn't elaborate on the details of the order.

President Trump made the announcement on Twitter Wednesday. The president's tweet didn't elaborate on the details of the order, and U.S. officials didn't immediately respond to requests for comment.

But the move comes just days after two major Saudi Arabian oil plants were crippled by drone attacks. The Trump administration has blamed Iran for the attacks.

On Tuesday, Sources told CNN investigators from both the U.S. and Saudi Arabia have determined "with very high probability" that the attacks were launched from an Iranian base.

And during a press conference Wednesday, a spokesperson for the Saudi Defense Ministry said the weapons used in the attacks are of Iranian origin.

For its part, Iran has denied any involvement in the attacks. Iranian President Hassan Rouhani was quoted by Reuters as saying: "They want to impose maximum ... pressure on Iran through slander."