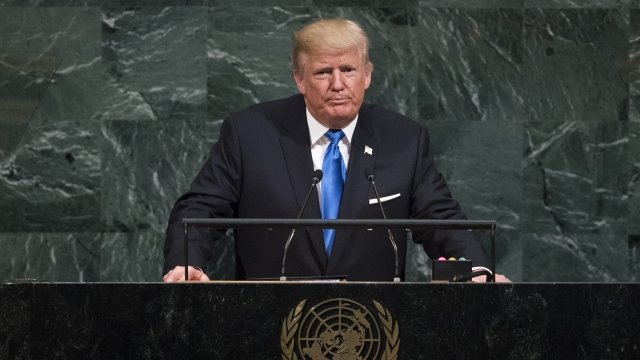 President Donald Trump said he signed an executive order that will expand sanctions against North Korea.

He made the announcement Thursday before a luncheon with South Korean President Moon Jae-in and Japanese Prime Minister Shinzo Abe.

Trump said the order will target companies and individuals that "conduct significant trade in goods, services or technology with North Korea."

"North Korea's nuclear weapons and missile development is a grave threat to peace and security in our world, and it is unacceptable that others financially support this criminal, rogue regime," Trump said.

The White House scheduled press briefings with Treasury Secretary Steven Mnuchin and U.S. Ambassador to the U.N. Nikki Haley for Thursday afternoon, where we should learn more.

In his statement, Trump also praised China's central bank for recently telling other banks in the country to stop doing business with North Korea.