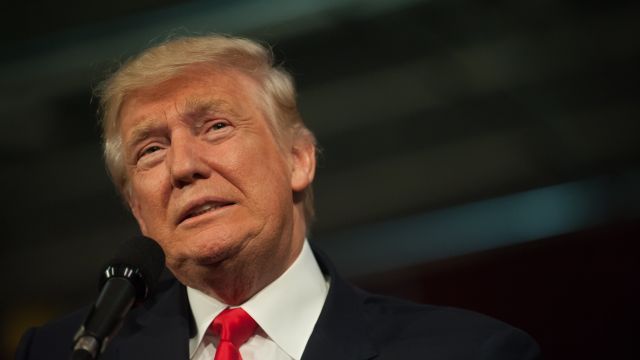 Donald Trump told The Wall Street Journal he might keep some provisions of President Obama's health care law after all.

President-elect Donald Trump made some big promises during his campaign.

Trump told Hillary Clinton, "I will instruct my attorney general to get a special prosecutor to look into your situation."

And he told his supporters, "We will be able to immediately repeal and replace Obamacare — have to do it."

But in one of his first post-election interviews, Trump appeared to waver on both his commitment to scrap Obamacare and his pledge to investigate his opponent.

Trump deflected when The Wall Street Journal pressed him on his special prosecutor promise. He said, "It's not something I've given a lot of thought, because I want to solve health care, jobs, border control, tax reform."

And on health care, Trump told the Journal his conversation with President Obama tempered his enthusiasm for outright repealing the law.

Obama apparently offered Trump a few suggestions on parts of the law to preserve, and Trump says he'll consider those suggestions out of respect for the outgoing president. He told the Journal Obamacare would either be repealed or amended on his watch.

Specifically, Trump said he'd consider keeping two provisions from the original law: the ban on insurers denying coverage to people with pre-existing conditions and the provision extending the amount of time parents can keep their children on their coverage.

Trump did emphasize that he intends to focus on securing the border, deregulating financial institutions and breaking with the Obama administration's policy on the Syrian conflict.